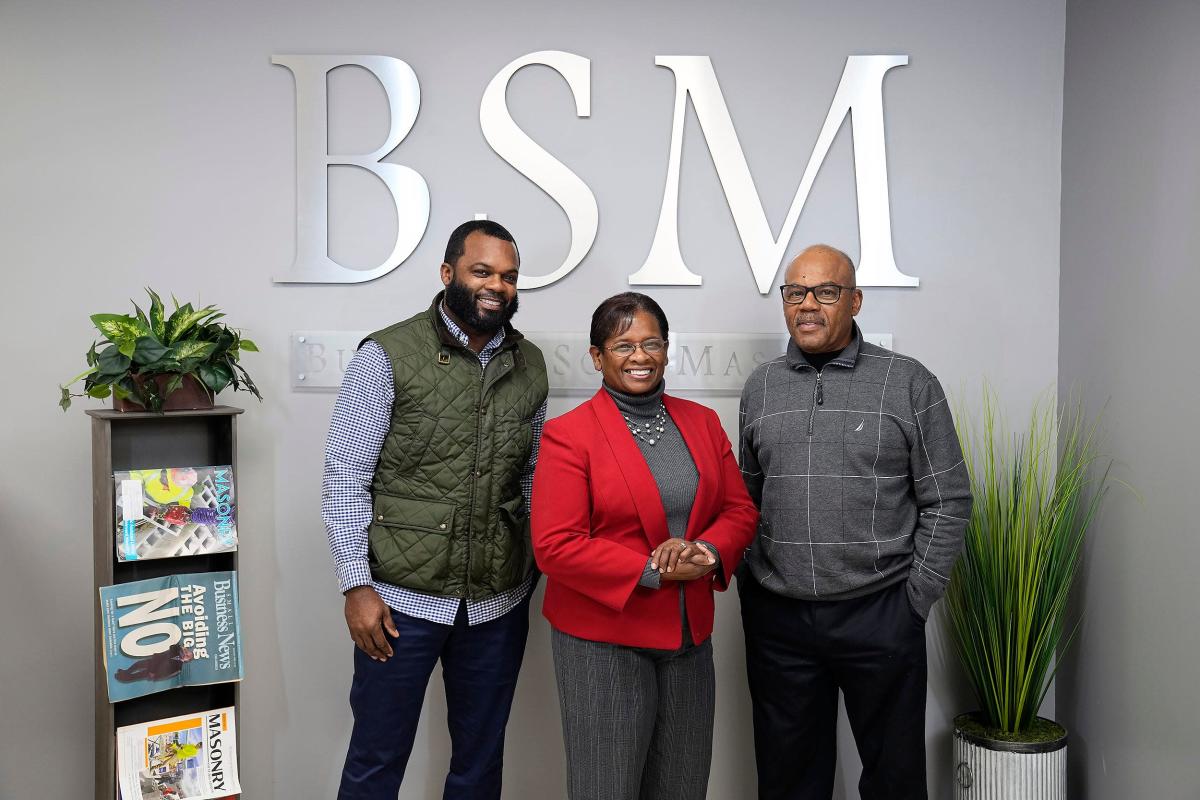 Otis Jerome Buckner, left, works with his parents, Bailyn and Otis Lee Buckner, at Buckner & Sons Masonry, which opened on Hilltop in 1989.

From an early age, Otis Jerome Buckner knew he didn’t like telling other people what to do—with the exception of his father.

So it is fitting that he started working at his father’s company Buckner & Sons Masonry when he was just 9 years old.

It also helped that he had an eye for the art of building with masonry, bricks and stone.

At the age of 9, Otis, who visits Jerome, once noticed some problems with a brick wall under construction and reported them to his father, Otis Lee Buckner, who was in a meeting at the time. While the mortar was still wet, Otis said, the problem was easy to fix; A day later, it would have been a costly problem.

Fast forward 31 years, and Jerome, 40, is now president of Buckner & Sons Masonry, which has called Hilltop home since 1989.

As the name suggests, 2300 Sullivant Ave. The business is family. Otis, 67, serves as CEO, while his wife and Jerome’s mother, Bailyn, 64, wears a lot of hats within the company — office manager, secretary and bookkeeper, to name a few.

“It’s ruined my hair,” she said with a laugh.

Otis and Belene have four sons, including Jerome. The other three – Benjamin, Joel and Isaac – are not involved in the business.

Otis, the eighth of 11 children, grew up on a farm in Virginia and came to Columbus in 1974 to study electronics at the Ohio Institute of Technology, now part of DeVry University.

After graduating, Buckner worked for an industrial salesman and in his spare time helped build the Bible Way Church of Our Lord Jesus Christ on Wheatland Avenue, where he is an associate pastor. That volunteer work attracted him to the masonry profession.

To learn the tricks of the trade, Buckner worked for the Southern Masonry Company as a laborer, foreman, and equipment manager. Otis then moved to Preferred Structures, and when it turned out he decided to start his own business with Belyne.

“Our objective of starting the company was not only to provide employment for us to raise a family, but also for other families,” Buckner said. “To make sure they have the opportunity for their kids to go to school, buy a house, buy things of that nature. That was our goal.” 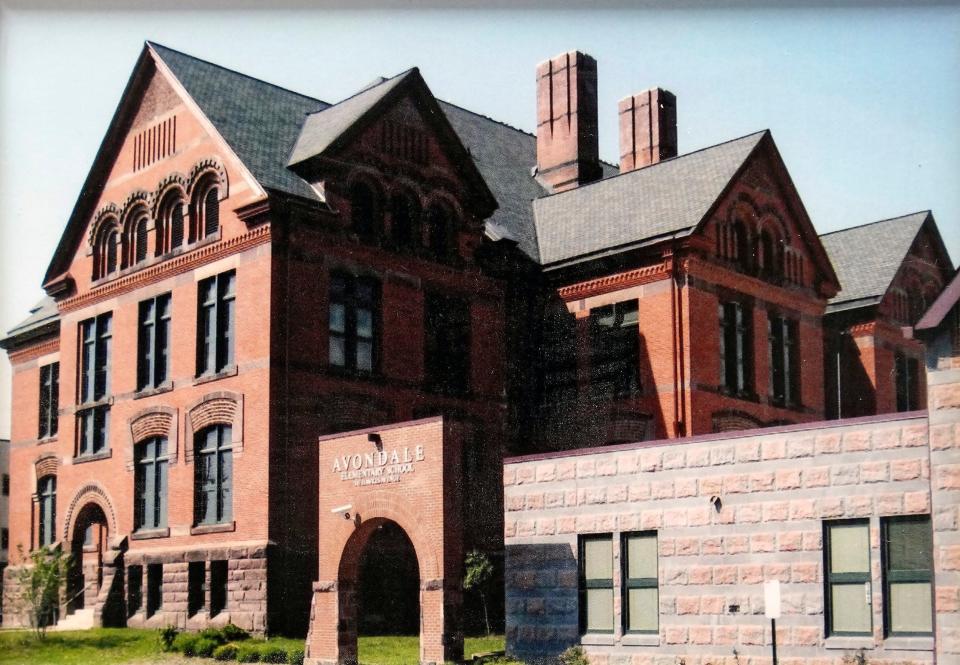 One of Buckner & Sons’ many projects was Avondale Elementary School in Franklinton.

Buckner & Sons has always called Hilltop home. They said that everything important to Otis and Belene — the school, the church and the community — is there and always has been, he said.

“We are delighted to be in the community. We have seen this change, and hope it continues to grow and get better,” Belin said.

Not that everything went smoothly. Otis said starting a masonry company from the ground up requires a lot of sacrifice, not to mention time.

“Long hours, low pay. Everyone else gets paid and you still have nothing,” he said. “I think the most important part is that you have to commit to it. If you’re going into business to get rich you’re probably not going to make it. It takes a lot of effort.”

Otis said he also faced discrimination. In the 1990s, there were not many Black-owned construction firms in Columbus.

“Most companies didn’t see you as someone they could take a chance with, because whatever their faith was or what their experience was,” Otis said. “At times we had problems in that area.”

But Otis cites suppliers and general contractors — such as Marble Cliffs, Hamilton Parker and TNT Appliances — who were keen to work with him.

“When we started Buckner & Sons, they were ready to walk us in the door,” he said. “A lot of places wanted to know your credit history. Well, if you’re a beginner, what history do you have? Instead of going over company history, they went over the loyalty history I showed to another.” The companies I worked for.”

‘we are a family’

Businesses have had a hand in building everything from residential structures to school buildings to data centers. Some of its recognizable projects from recent years include the first phase of the Gravity Project in Franklinton and apartment buildings in Short North, such as Lux 23, Jeffrey Park, Hubbard Park Place and Lincoln at Pearl.

“We’ve touched on a lot of good things,” Jerome said. 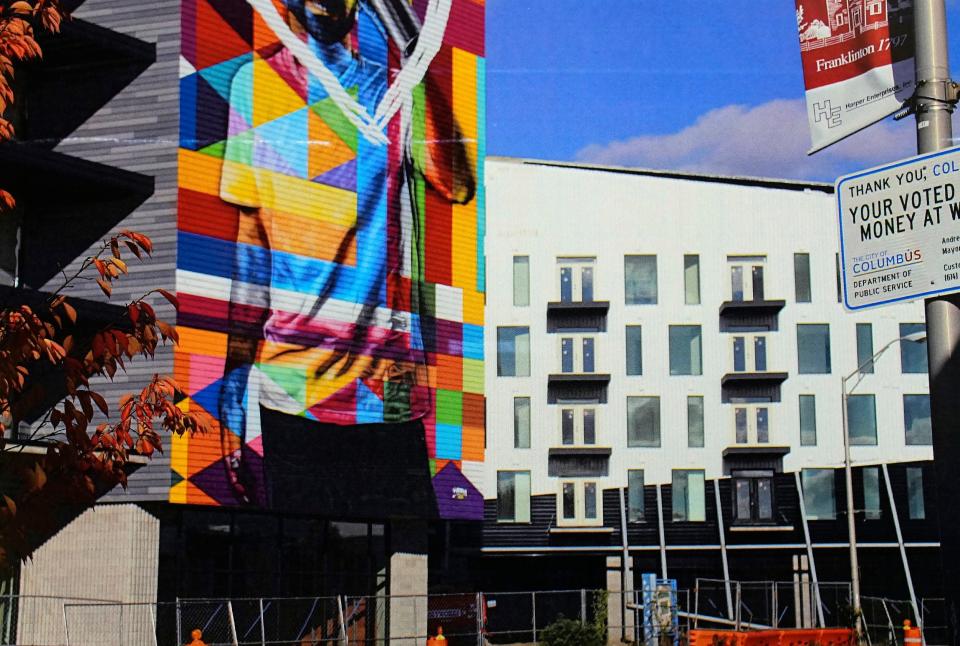 The first phase of the Gravity Project at 500 W Broad St. in Franklinton was one of several commissioned by Buckner & Sons.

Jerome said that unlike many employers, Buckner & Sons has been spared the most from labor shortages during the pandemic. Some employees have left the company, he explained, because they are being offered money elsewhere, but Buckner & Sons still has a core group of employees.

Jerome said, “We’re a family. We enjoy it, and we take our best care. When you can provide it and people think you can keep it up.”

The Buckner family has been adamant on saying that while their company is in fact Black-owned, that doesn’t mean they expect special treatment from others.

“We really don’t want anything given to us,” Otis said. “What we want is the same opportunities that everyone else has.”

This story is part of Dispatch’s mobile newsroom initiative. Meet our reporters at the Hilltop Branch library of the Columbus Metropolitan Library and read their work at dispatch.com/mobilenewsroom, where you can also sign up for the Mobile Newsroom newsletter.

This article was originally published in The Columbus Dispatch: Buckner & Sons Masonry as a Hilltop Institution from 1989