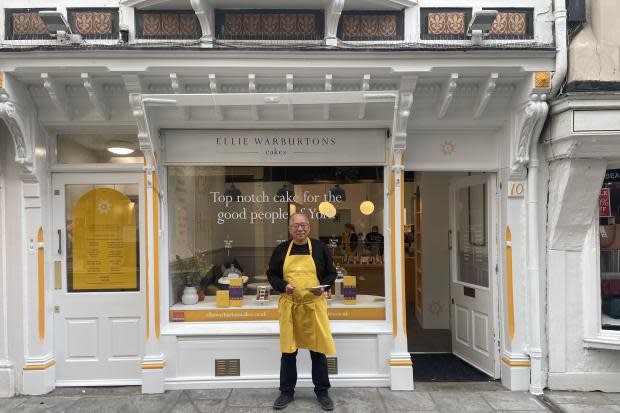 An upmarket cake shop run by one of Britain’s best-known bread companies is promising delicious treats in the heart of York.

The Ellie Warburtons Cake opened its doors on Wednesday in Stonegate, a 300-year-old building that most recently housed the Yorkshire Terrier Pub.

The venue has seating for 30 customers, who can either eat or take away.

The range includes premium sweet treats, special blended coffees, locally sourced teas and a menu of other baked goods, including a first for Warburton – their very own Banana Fruit Bread! 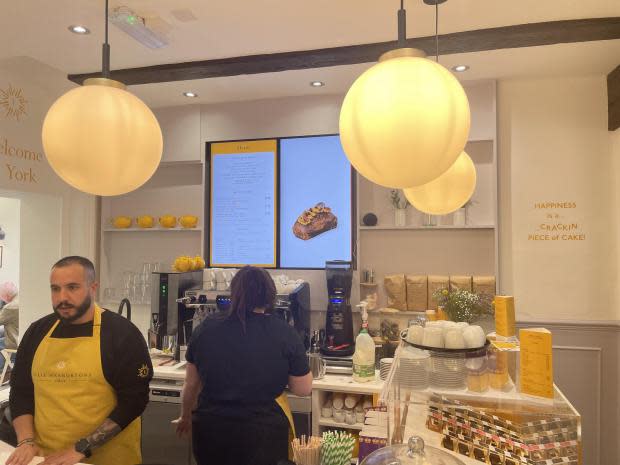 Warburton is already famous for its bakery products, which include breads, bagels and crumpets.

Allen’s first batch of four loaves and six cakes sold out in less than an hour. Within two weeks the small Bolton shop was renamed ‘Warburton the Bakers’ and the business has grown from strength to strength ever since.

Now, five generations later, Ellie has made a name for her business with a line of eight cakes, including an indulgent cookie dough with caramel slices and zesty ginger with orange cake.

The cake recently appeared on Channel 4’s Inside the Superbrands series, featuring Warburton, as a result, the online store was completely sold out in one evening! 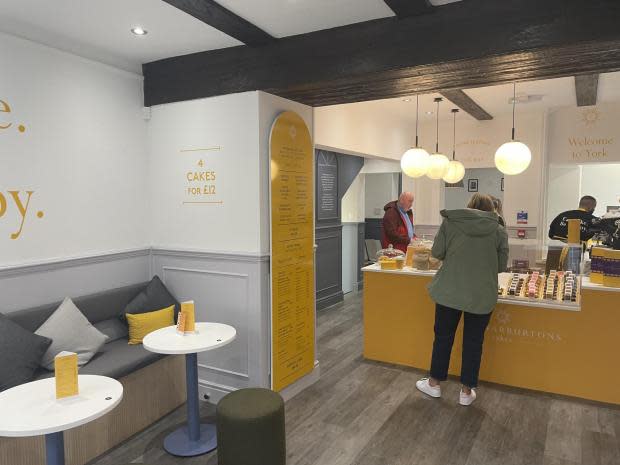 The Stonegate store in Skipton follows another, as well as a pop-up store that last year did business in James Street, Harrogate, which, along with other pop-ups, tested products before ‘releasing in the woods’.

Warburton Chairman Jonathan Warburton said: “We are thrilled to bring Eli Warburton Cakes to the buzzing City of York.

“This new store with the Eat In concept gives customers the opportunity to sample our line-up of mouthwatering cakes along with a menu of baked goods at this central location.

“We are continuing to bring with us the Warburton ethos – the core of quality and taste – through the Ellie Warburton range of deliciously delicious cakes. Following the success of our two pop up locations in the North, we are looking to build on our loyal fan base. Let’s look forward to cake lovers and bread fans alike! 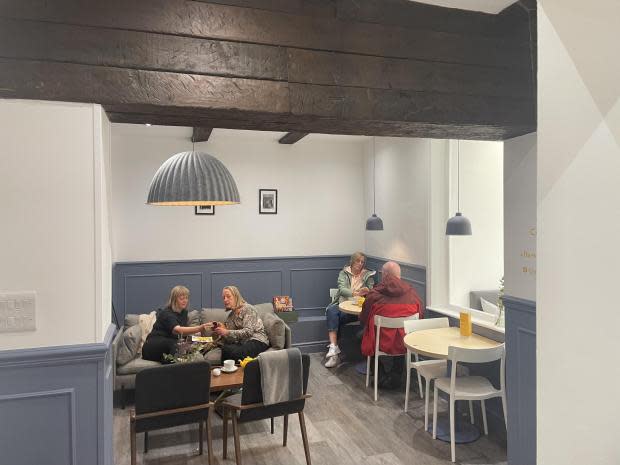 Debbie Rudkin, who heads up Warburton’s cake business, told the press: “We’re really excited to open our second store in York and our first day was great, with so many people coming to try and buy the cake.

“The people of York were really complimentary about the store as well, enjoying the relaxed atmosphere – great coffee and cake for sure too! Many of them stayed to enjoy their cakes, but we stayed with the families at home Also sold too many cakes to share with you. We couldn’t have asked for a better Opening Day!”

Or for more business details and to order online, visit: www.elliewarburtonscakes.co.uk.