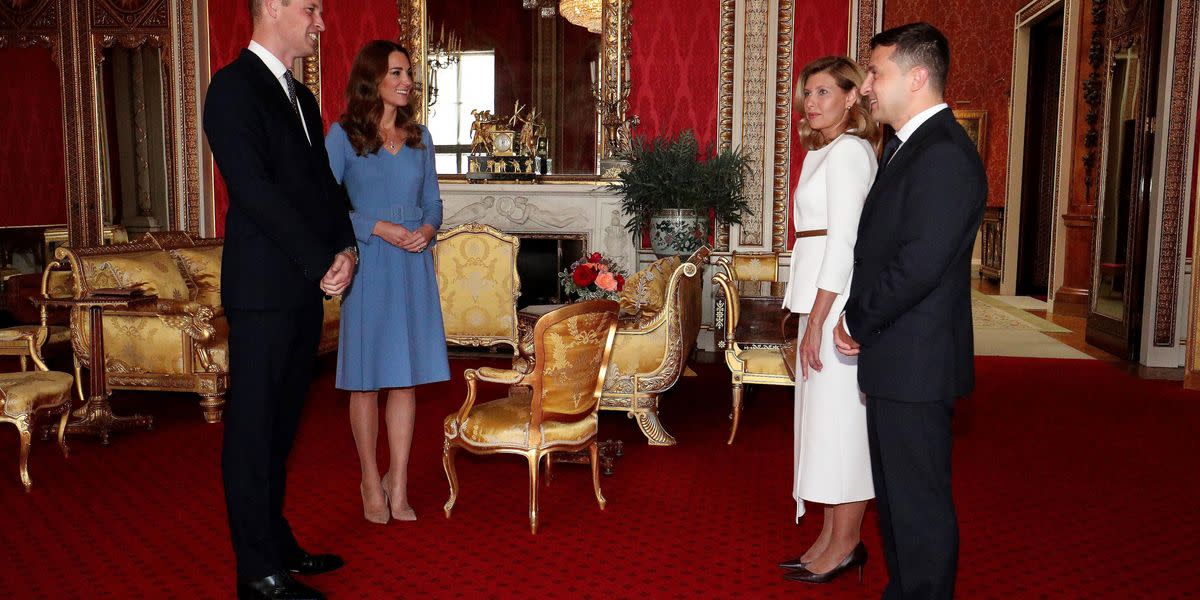 Britain’s Prince William and his wife Kate Middleton said on Saturday they stood with Ukraine against invading Russian forces, in an unusual example of the royal couple going into political waters.

“In October 2020 we have the privilege of meeting President Zelensky and the First Lady to learn about their hope and optimism for the future of Ukraine,” the pair wrote in a tweet that was also posted to their Instagram page.

“Today we stand with the President and all the people of Ukraine as they fight bravely for that future,” he wrote, signing the message with his initials.

The British royal family is generally forbidden from taking sides on any political issue. But there has been a flood of global support for the people of Ukraine this week, as Russian President Vladimir Putin ordered his troops to invade, shelling cities and destroying civilian infrastructure.

“Prince Harry and Meghan, The Duke and Duchess of Sussex, and all of us at Archwell stand with the people of Ukraine against this violation of international and humanitarian law and encourage the global community and its leaders to do the same.” They said. Website of their charitable organization.

Unlike William and Kate, Harry and Meghan drew some criticism and mockery from social media and British tabloids for their statements.

As of Saturday, about 120,000 Ukrainians have fled the country for safe haven elsewhere, while others have become volunteer resistance fighters helping to bolster Ukraine’s armed forces. In the nation’s capital, Kiev, many residents have sought refuge in underground metro stations that double as bomb shelters. A Ukrainian diplomat said at least one woman gave birth there,

The country’s health minister says nearly 200 Ukrainians have been killed in attacks this week, although it is unclear whether that number includes both military and civilian deaths.

This article was originally published on HuffPost and has been updated.