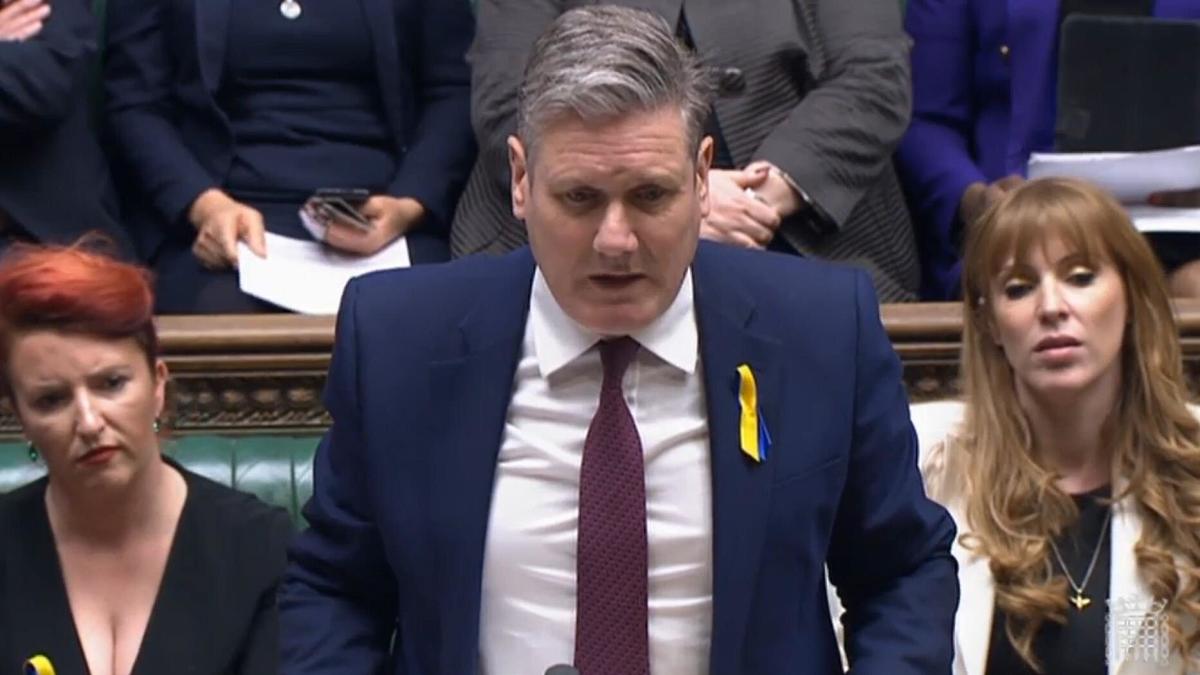 Boris Johnson has been accused of delivering “half-blind blusters and waffles” in response to calls for better protection of British employees following the P&O ferry scandal.

Labor leader Sir Keir Starmer hit out at Mr Johnson as he repeatedly raised concerns over the prime minister’s questions, including the treatment of 800 sailors sacked by P&O.

He described the prime minister as “all mouth no trousers” in enacting legislation to ban fires and re-hiring, including making them redundant before giving back their jobs to workers with worse terms and conditions. Is.

Responding, Mr Johnson told the Commons: “The most notable practitioners of fire and redeployment are certainly the Labor Party itself.

“But they may be interested to know that we will be affirming the rights of British workers, UK workers, under UK law, but the law on which the company itself P&O is reportedly relied upon, is under EU law. was introduced as a result of the instructions.”

Highlights July 7: In SHIB consolidation, CVX adds over 50% in one week

Sir Keir highlighted that Mr Johnson ordered Tory lawmakers to ban fires and refrain from a Labor offer to re-hire, adding sacked P&O workers would not create new jobs but He got his old job back.

He added: “They don’t want a prime minister to fly the white flag, they want him to fight for his livelihood – 82,000 sailors in this country.”

Sir Keir said activists he has spoken to are concerned that if P&O is allowed to “get away with it”, they may be next: “Why does the prime minister think they Will take a piece of comfort from your half-baked stigma and waffle today?”

Mr Johnson said: “P&O is clearly not going to get away with it more than any other company that treats its employees in that reprehensible way.”

When he acknowledged that the UK went into its first lockdown two years ago, Mr Johnson said: “Thanks to the Chancellor, who protected the economy, who protected jobs, who protected companies, we are now increasingly are able to come out more effectively. than any other comparable economy.

“We have unemployment back to 3.9%, we have 600,000 more people on the payroll and the best assurance we can give to workers across the country is that the economy is now bigger than it was before the pandemic started. , and we will continue to achieve that. Big call right. ,

Highlights July 7: In SHIB consolidation, CVX adds over 50% in one week

Ken Griffin Spent $54 Million Fighting a Tax Increase for the Rich. Secret IRS Data Shows It Paid Off for Him.